If you’re considering a move to the Greater Hilton Head, Bluffton, and Savannah areas, then you probably have a lot of questions. I know we did when we moved here seven years ago.

In this 2023 video, Missy answers some of the most frequently asked questions about the area.

One of the most asked questions we receive is about taxes. What are they like here? We’re happy to say that taxes are not extreme. Especially considering this is a coastal area. For the most part, you will pay about 1% of the purchase price per year in taxes for an owner-occupied property. It is a little more for a vacation or investment property.

What is Traffic Like in Bluffton or Hilton Head

We are a very small town here, so traffic is not even comparable to larger cities. But, the main roads will become more congested during rush hours and on the weekends when the resort properties have what they call “turnover.” That’s when one group of vacationers leave, and another comes in for the week.

Because Bluffton has a grid system that allows residents to take three main roads, east and west, it’s pretty easy to avoid traffic. Also, as locals, you learn when not to use 278 to get to and from Hilton Head Island.

Are the Alligators Dangerous in Hilton Head?

Respect the wildlife, and it will respect you. Alligators are a part of South Carolina and, for the most part, do not bother anyone. Most locals love watching the alligators and know not to walk small dogs near a pond or feed them. They have a natural fear of humans, and we want to keep it that way. A fed alligator is a dead alligator.

What’s the Weather Like in Hilton Head and Savannah?

One of the reasons people move to Bluffton, Hilton Head, and Savannah from all over the world is the beauty of the area and the mild temperatures.

Bluffton does have four seasons. Winter only lasts about six weeks, and flowers begin to bloom again in February. In the summer, July and August can get very hot, so don’t expect to see as many locals out then. Those months we can be found in the pool or in air conditioning.

Are all the Communities Gated & Expensive?

Most communities are averagely priced with average HOA fees (under $200 a month), but there are exceptions. Some of the private golf communities have high fees, but they also have a lot of amenities.

In Bluffton, there are more “gated” communities than in other areas, but just because there is a gate does not mean it’s expensive. In Savannah and Beaufort, you’ll find less gated communities but similar amenities and fees.

For more information on the Greater Bluffton, Hilton Head, or Savannah areas, or a tour of the area, reach out to us mailto:theyostgroup@gmail.com 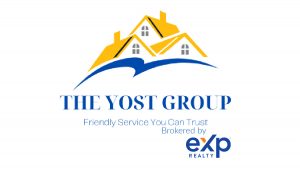